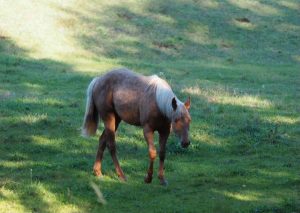 My mare Summer gave me on 20.04.2019 an incredibly charming filly. Straight legs, beautiful and from the first minute on trustful and very adorable. I’m so happy!

She must be 5 Panel N/N & Immune Mediated Myositis & MYH1 Myopathy (MYHM) N/N as both parents are tested negative.

The mother of Shiny is my adorable mare Shining Summer Reins.

The father is BEST SPOOK. Despite his young age, Batman has already proven to be an outstanding sire. His first offspring can be seen in the show arena since 2018 and was very successful right from the start and provided great front rankings. 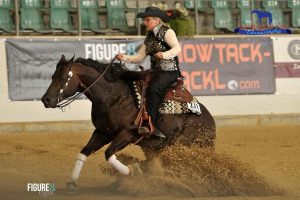 In 2016, Batman was first introduced by Nina Lill. After a long breeding season Nina had only 2 weeks to prepare for the upcoming tournament.

and European Champion at FEQHA with a score of 221 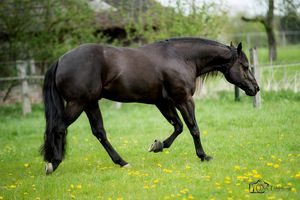