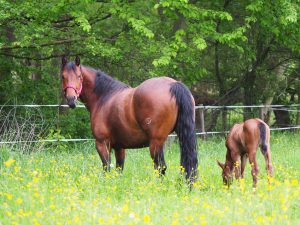 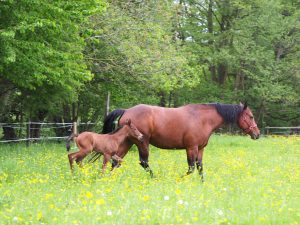 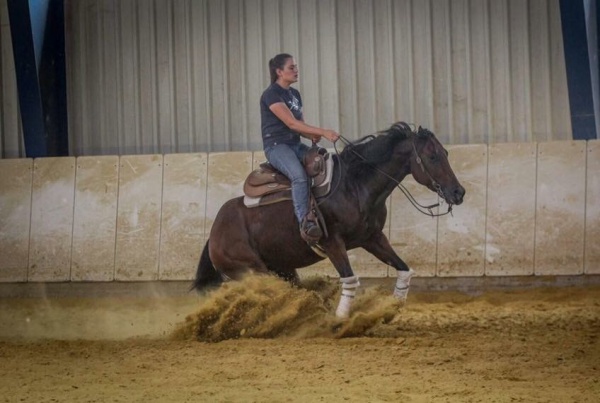 Holly is a picture-loving, very correct and compactly built mare-sized mare with a heart for everyone. I imported this mare in autumn 2014 from the USA from the Sterling Ranch.
It was launched slowly by LQH (Grischa Ludwig) in 2015 and she is now ready to show.She wasn’t at the show because I wanted to ride her by myself.
She showed herself very talented and did everything for her rider.
A very good show horse with great potential for the great reining sport.
Thanks to her excellent pedigree, Holly is also a jewel for breeding! So I bred her in 2017 for the first time.

Holly has a very very good mother. Her name is HOLLY O JAY

Smart Spook is the leading money earning and siring son of NRHA Hall of Fame Stallion Smart Chic Olena, who has sired over $10 Million earners in Reining, Cutting and Cowhorse and over $6.5 Million in Reining alone.
Smart Spook’s dam is Sugarplum Spook by Grays Starlight. She is the producer of 10 money earners, winning over $500,000 and 350 AQHA points in Reining, Cutting and Cowhorse events. She is also the full sister to NCHA Open Superstakes Champion, A Little Starlight, who won over $205,000.
Smart Spook has very strong performance genetics on both sides of his pedigree, as well as great conformation and attitude, making him one of the best qualified and most exciting performance stallions of the new millennium.
Smart Spook was the first horse to win the NRHA Open Futurity and Open Derby back to back and he further went on to win the AQHA Junior Reining World Championship and three successive years of the Open and Restricted Open FEI World Reining Masters. His cumulative earnings now exceed $405,000, making him the highest money earning stallion in the NRHA.
Among Smart Spook’s get are the 2014 Open NRHA Futurity Co-Champion, Shine N Spook, two NRHA Open Futurity Reserve Champions, two Non-Pro NRHA Futurity Champions, Spooks N Sparks and Smart Chuka, several AQHA World Championship Top 10 winners, including a 2014 Reserve World Champion, an NRBC Level 1 & 2 Open Champion, Level 3 Open Reserve Champion, European Derby and Italian Open Derby Champions and Reserve Champions and winners of many prestigious events, including the 2014 Open World Champion, Ebony Spook. Not only is he the second youngest Million Dollar sire, but his offspring have now earned in excess of $2.6 million, making him the 2 time Leading Equistat Junior Sire. He is now within the Top 15 all time Leading sires of NRHA money earners.
Shipped cooled semen is available in the US and Frozen Semen available in Europe. He is enrolled in the NRBC, NRHA Sire & Dam, Rocky Mountain, Gordyville, Southwest RHA and North Central Reining Breeders programs, as well as the IRHBA (Italy), BRPG (Belgium) and German SSP programs in Europe. 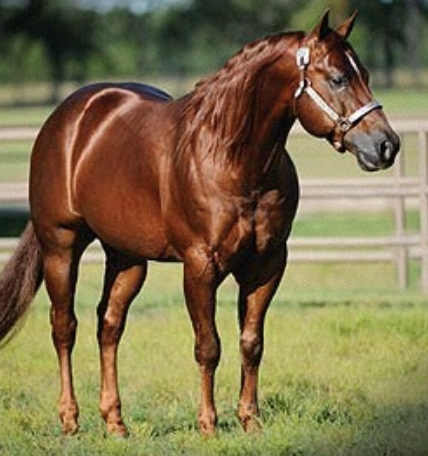